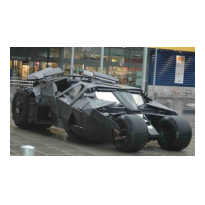 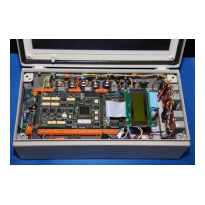 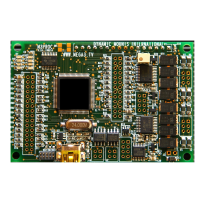 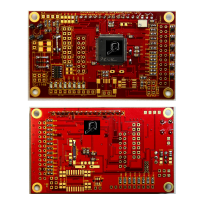 We designed & built the control & drive system for the Batman "Tumbler" roof opening (top left, top right pictures). The entire control system was a single box containing the control system and 3 x servo drives in order to precisely control the positioning of each axis.

General Purpose Processors: We have produced some multi-purpose processor modules, with on board LCD drive, RS485/232 comms (2+ channels available), CAN, and multiple IO. They have been used in the following projects:

-  Data conversion system This system was specially designed for the tracking systems used  for the London Olympics 2012. They convert Preston data packets (125Kbps, 9-bit) and send out "standard" data packets (115Kbps, 8-bit) to an ethernet link. At the other end, it takes in the "standard" packets, and re-assembles them into "Preston" packets for the Preston MDR-2, allowing control of the lens motors.

-  Analogue to Quadrature Converter - Takes in 3 x analogue signals from a joystick etc and converts this to Quad pulses (encoder pulses) or step/direction at 16-bit resolution.

-  Camera Lifting Rig - Converts Preston FIZ position (125Kbps, 9-bit) and converts it to standard data (115Kbps, 8-bit) for input to an "off the shelf" motor controller.

-  Hydraulic Record / Replay System (Peter Pan movie) - Allows live or repeat moves for single-axis hydraulic drive or CAN controlled stepper. Moves can be saved to PC for later use.